Type ASNU is a roller type freewheel nonbearing supported. Bearings are required to support axial and radial loads. Lubrication and sealing must also be provided by the installation.

If you want to know more details, please feel free to contact us.

ASNU20 One Way Clutch One Clutch ASNU20 = NFS20 ASNU20 is a one-way clutch. One way Sprag/Clutch Freewheel and also called as Backstops. ASNU20 is used in any applications that requires one direction rotation, such as mining, hydraulic, textile, printing and washing machines, conveyor systems that carry products to a higher level should not be reversed because of gravity during any power shortage.

Nominal outside diameter is the same as a series 63 ball bearing.

A typical arrangement is to install this type alongside a bearing within the same location tolerance. The inner race is keyed to the shaft. The outer race has a positive N6 tolerance, to give a press fit in a H7 housing. Additional side notches in the outer race provide for positive torque transmission. If the housing is to K6 tolerance, use of the notches is not necessary, but the housing must be strong enough to not expand after assembly.

The design can accept an axial mis-alignment of inner and outer race of +-S/2. 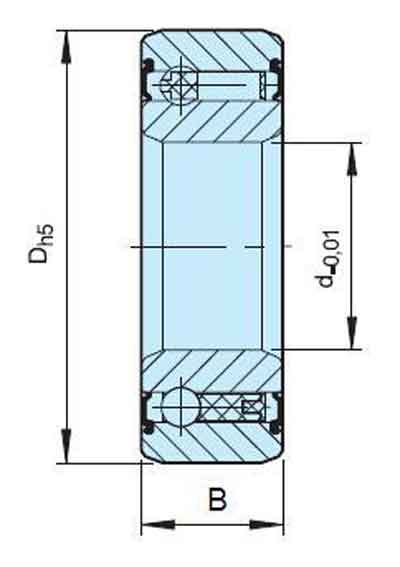